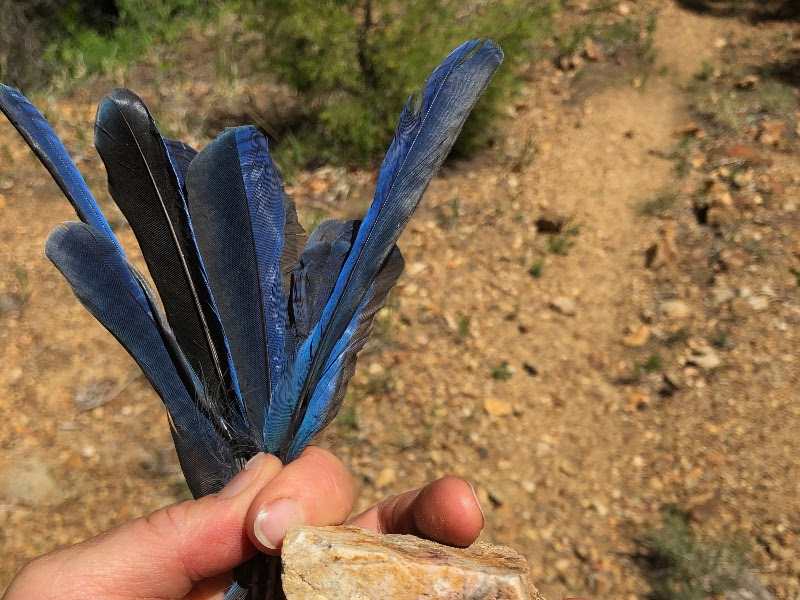 Who’s my power animal?
I get this question a lot.

First of all, what is the big deal about power animals, you might ask. A fair question if you are new to this.

Power animals/totems can be part of your spirit team, there to guide and support you just like the other members of your spirit team. The way they do this is by sharing with you their ‘medicine’, that which they are known for/good at.

Now how do I find out who they are?

There are several ways to learn what power animals/totems walk with you.

When a power animal makes itself known to you, I encourage people to tune into their own guidance and/or to look up online on several sites to read what others share about that power animal/totem.

Take from it what most resonates as many people will have many different inputs. I personally favor Animal Speak and Animal Wise by Ted Andrews. What he shares really resonates. Steven Farmer is another great source.

The Blue jay is making itself known to me via the 3D world.

I have seen it and heard it often here in Taos, nothing unusual, until a few weeks ago. I found many of its feathers on the ground whilst looking for a cave where I’d been guided to do a ritual. I collected its feathers and knew there was a message. Then a day or two later, I then noticed that there was a blue jay nest right in my front yard with very loud fledglings!

Today on my hike, I found another big collection of Blue jay feathers (featured photos). I have a basic idea of what their medicine is but I felt it was a strong sign from them to get really clear, especially with the energies moving through me right now.

I opened Animal Speak and read again about Blue jay.

That’s a lot to take in/on but whatever the ‘medicine’ is, see how it applies to your life. For me, it feels resonate especially with the way Spirit is teaching and guiding me in leading the Plant Medicine Ceremonies. I will ask Blue jay to be very much by my side this weekend, in the ceremony!

Take the information above and have fun playing and
discovering what power animals walk and support you with their potent medicine.

Need guidance and support with this?
Join our Divine Shine Mentorship
or
Spirit Reiki Healing sessions

We want to hear from you! Please take a few minutes to answer our short survey below.
Looking forward to your responses!