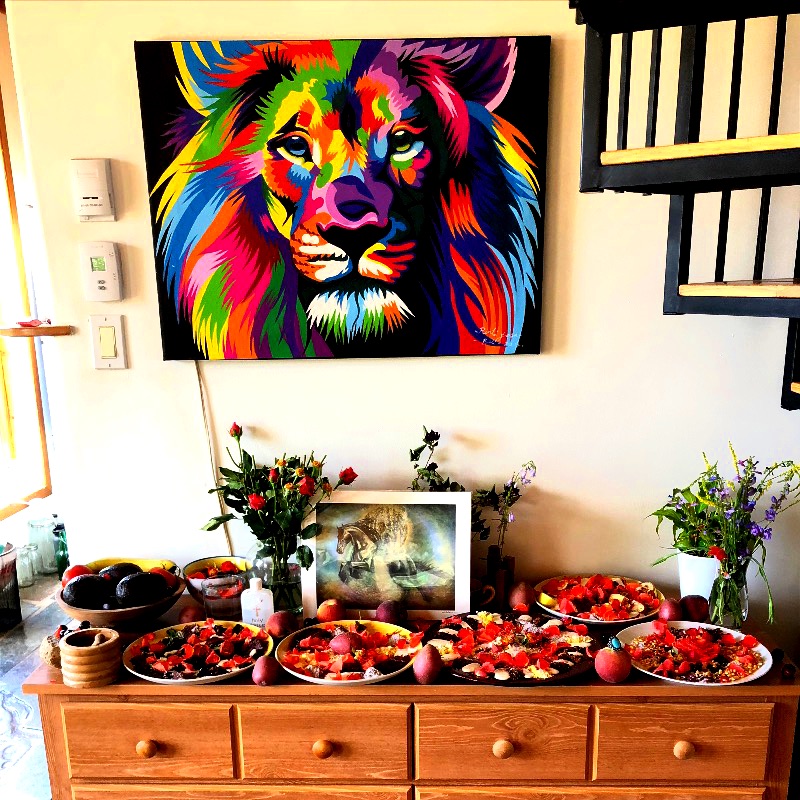 This is part 2 of Bears, Cave, Blue jay Feathers and Ritual. Just a quick recap: Spirit asked me to do a ritual in a cave, at night, with a female assistant and the only indication of what the ritual was about was… to birth consciousness! The rest would be shown to me in due time.

On a hike looking for the cave, I almost bumped into two bears! Since bears hibernate in caves, I thought maybe Spirit was showing me that the cave was near where the bears showed up.

If you missed part 1 and want to read all the juicy details, here is the link.

So this past Saturday, I went back up the mountain with my friend Sarah to look for the cave in the bear spotting area. 3 hrs. later, no cave in sight but we found amazing mini vortexes that juiced us up!

Spirit knew what they were doing! When we got home, we joked around that maybe my home was the cave since doing a ritual/ceremony up on the mountain would be a lot of work. It would be much more in the divine feminine energies, less effort-ing to stay put in my home.

Well, that is exactly how it played out the next day! We did a plant medicine ceremony in honor of the summer solstice and halfway through, it became apparent that ritual was beginning. All the windows and doors had to be closed up. My hands started to vibrate and the toning activated.

This lion and I locked eyes and it turned into the portal.

It is a painting from Bali, another potent, sacred land. I eye gazed and toned with the lion for about 1.5 hrs., following the guidance they brought in every 5 mins:

All the while, I was toning. It was otherworldly. I didn’t know my voice could go that high. I laughed later, saying I sounded like an opera singer. Sarah assured me I sounded much better than an opera singer!

If you have ever done breathwork or kundalini yoga, you will understand the sensation I had: potent, full-body vibrations coursing through me with the high energies flowing through from the toning and activation.

Then the toning went primordial. My voice went so low.

They were connecting me deeper into the Taos mountain, the elementals, and to the buffalo (the lion shape-shifted into one).

It was all off the charts amazing, nothing like I’ve ever experienced. It’s hard to put words to it but I asked what consciousness was birthing through me.

I’m so grateful for my right-hand woman, Sarah Halverstadt. I couldn’t have birthed that without her. She’s been participating in our Plant Medicine Ceremonies for over a year now and has grown in her own right, her gifts, her light and as an acupuncturist/medicine woman. If you are in need of some potent medicine through acupuncture, I highly recommend her: sarahhalverstadt.com

It was mind-blowing, epic, hard to put words to, and pushed me to new thresholds. I’m eternally grateful to be the channel for Spirit with this new consciousness, to help activate others and bring in this new earth sooner rather than later. Aho and so it is!

If you’d like to participate in one of our Plant Medicine Ceremonies, I’ll be up in Boulder holding them on July 10, Aug. 7 and Sept 11.

Send me an email/DM to learn more.