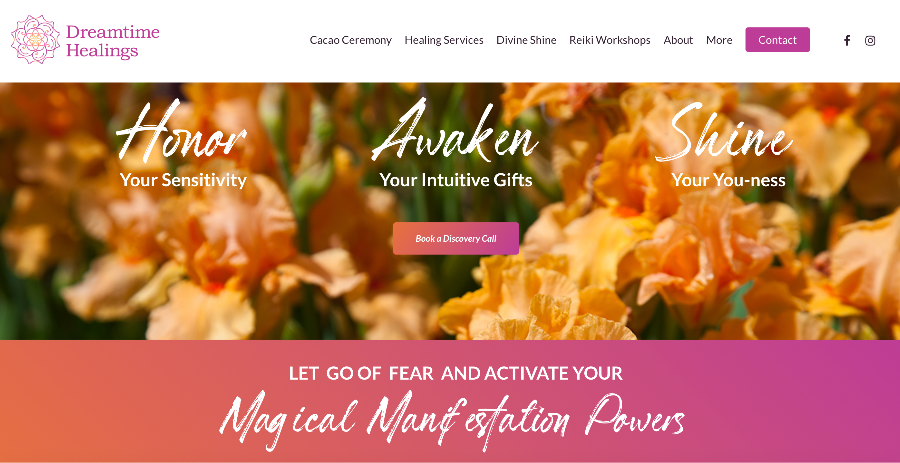 One year in the making and it’s finally been birthed! It was some serious birthing pains with this one, but my new website has been launched for all eyes to see! I’m thrilled with it.

The web designer and I started it last July and I was tasked with writing the copy for it. I got some of it done but my intuition told me that life was going to change, causing total writer’s block. I had no idea what the changes were so things just didn’t flow with the writing. The web designer did her part but she needed the copy to complete things. I told her to put things on hold until things became clear for me.

Early March of this year, an amazing opportunity presented itself, to be part of a video created for American Express by Well + Good, all around different ways of doing self-care. In the video, I am featured leading a cacao ceremony!

I knew I had to get my website done asap as the video was going to go live mid-April. This meant many eyes were going to be on my site. I wanted people to see my new site, not the one that was 5 years old.

Well...that was the original plan! However the COVID situation has delayed video release until Oct, much to my delight, as it gave me time to complete my website.

There is a whole new look, new colors, and new additions, including Dreamtime Healings Mentorship and the Divine Shine Program.

If you'd like to take a peek, here is the link to my new site. Enjoy!

Special thanks to Jenna Synnestvedt, the web designer, for creating my site with and for making this process as easy as possible. If you are in need of a site, I highly recommend her, soulfulbrand.com

I’d love to receive any feedback, comments or
suggestions on my site!

It’s a work in progress, most of it is done but there are always tweaks to be made.

Happy Thursday to you!